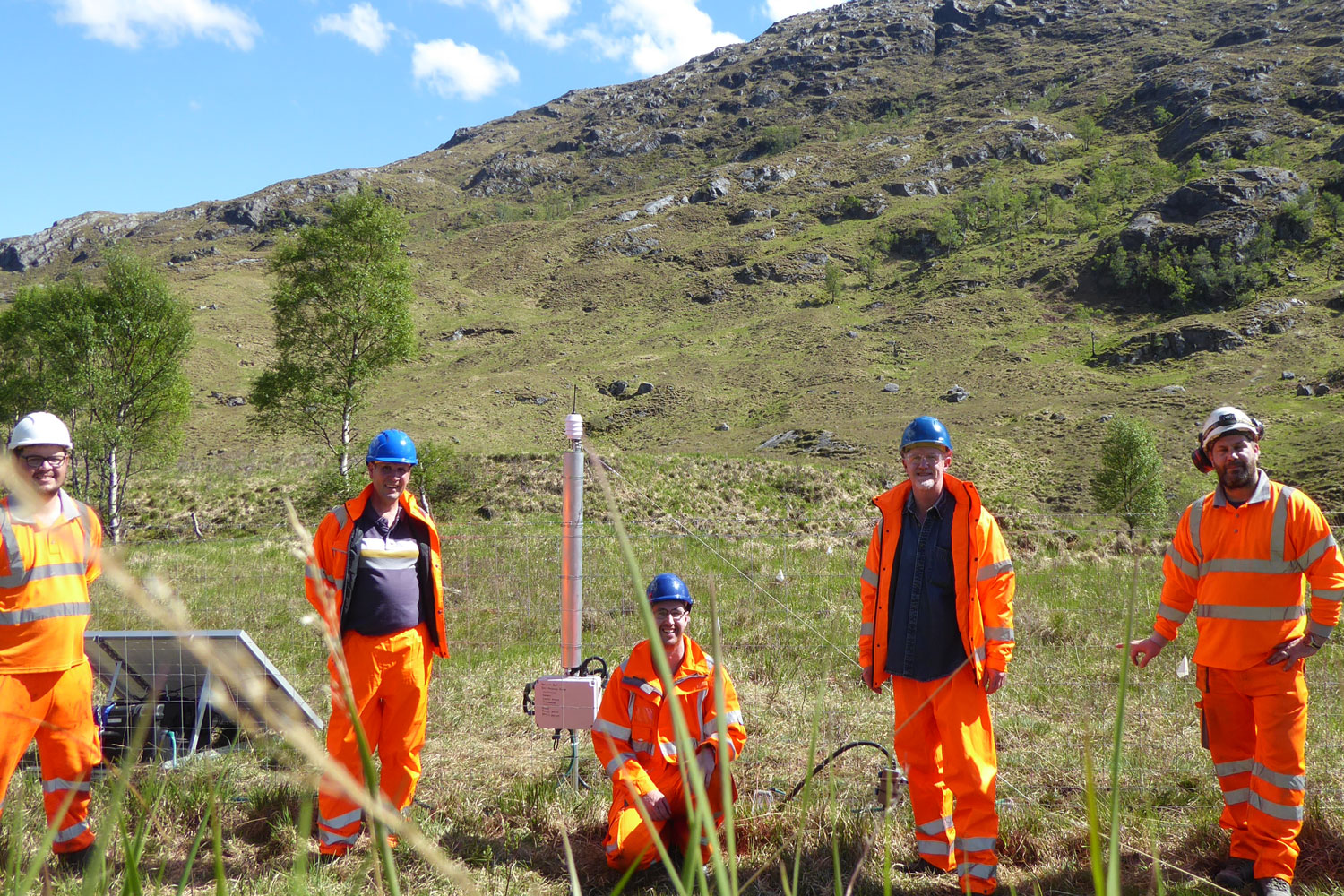 Land slippage is a serious worry on railway embankments, and tracking soil saturation in the embankments can help predict potentially risky areas before they become problems.  Geoptic is working with National Rail contractors Central Alliance to test a neutron probe to measure soil moisture along the rails west of Fort William, Scotland.  As a measure to cross-check the data provided by two differing methods, Dales Land Net placed two of our units (which use capacitance) next to the neutron probe.

We look forward to seeing how closely aligned the data corresponds between the two methods across the winter. 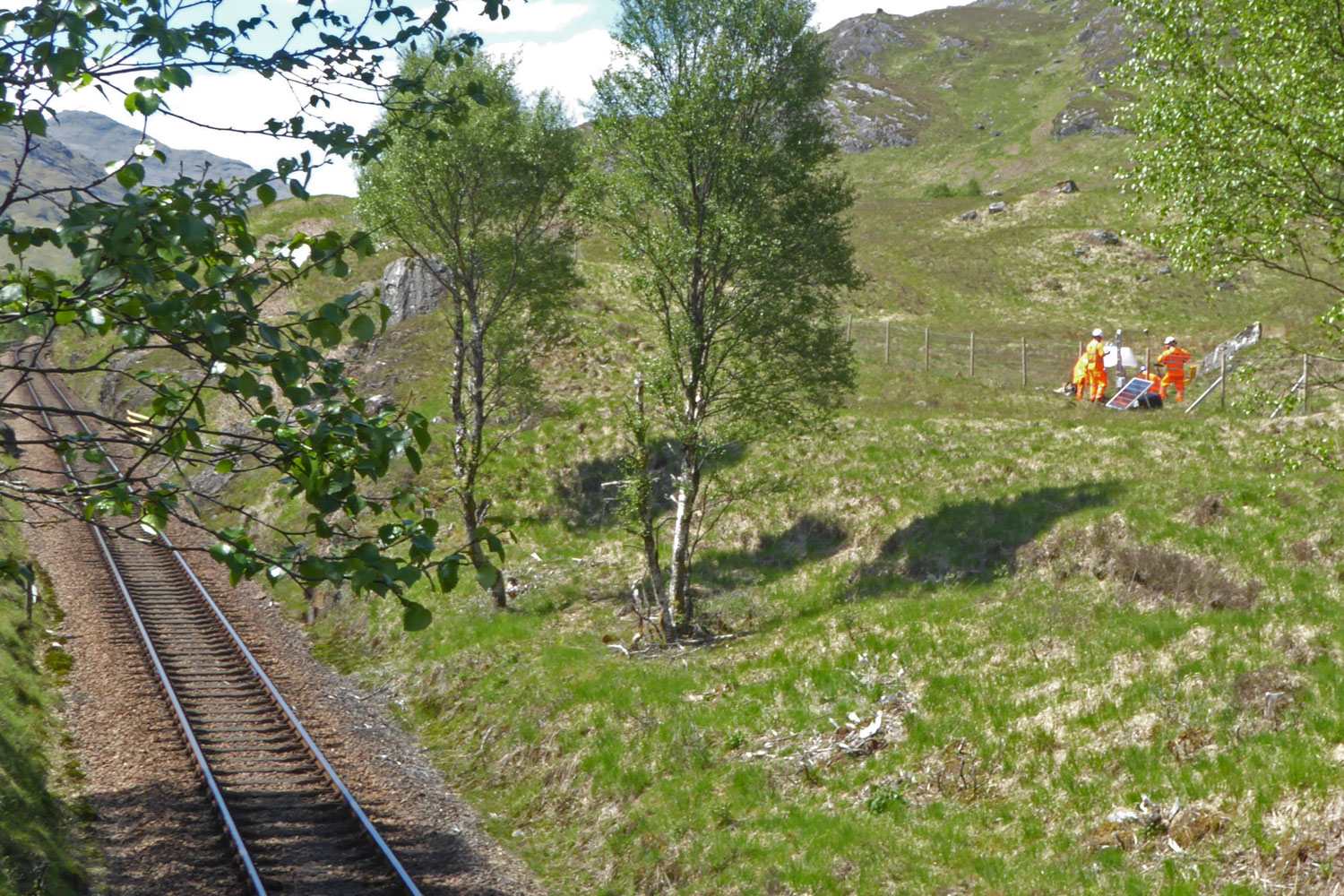 Our next generation units will include an accelerometer which we expect will be able to detect land slippage in real time and should be a great addition to efforts to keep rail lines clear.

Finally, here’s a picture of the Jacobite passing us as we worked, because we all love a steam train. 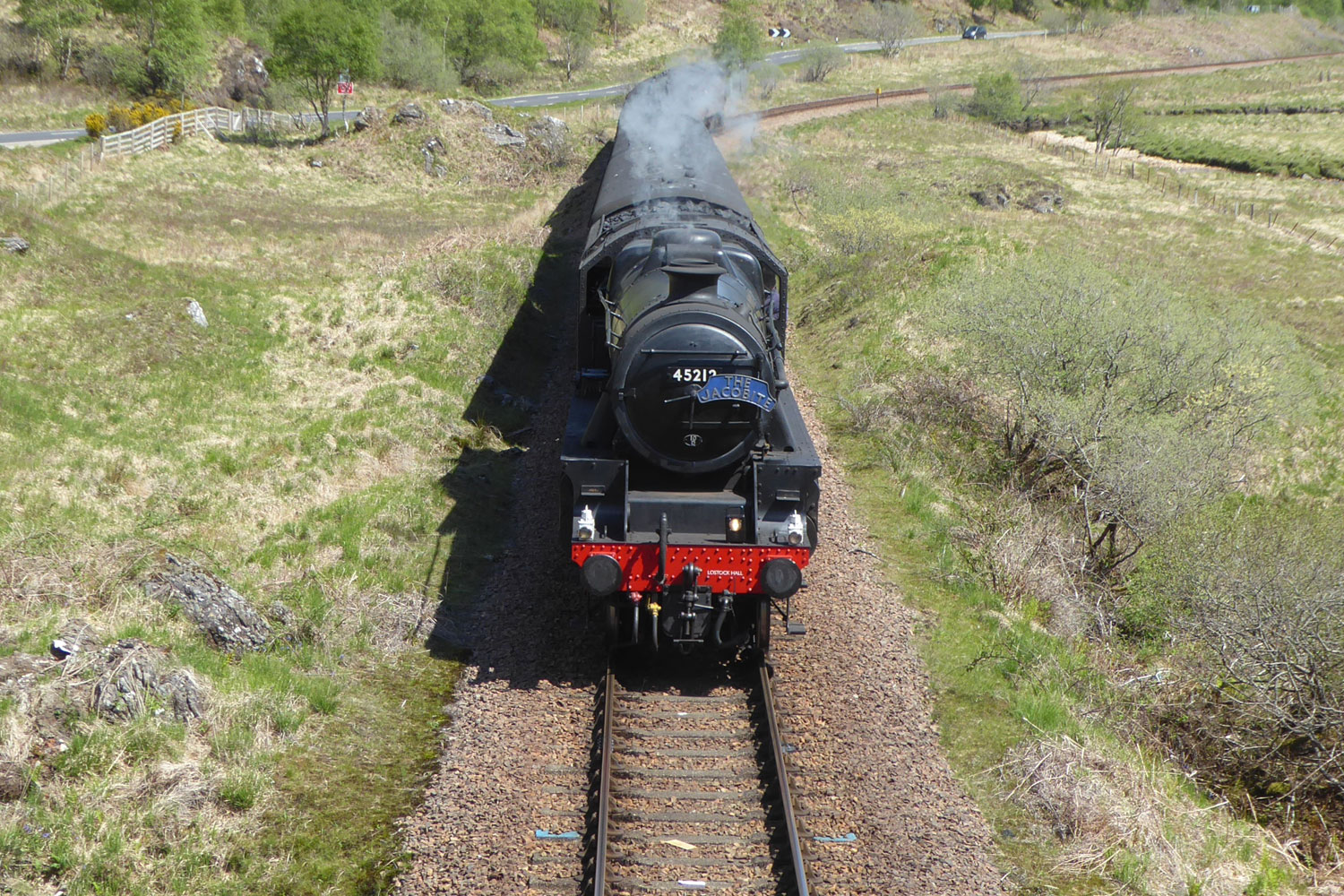